Baikal Diving: the Lake from inside

Yes, you’ve already learned what Baikal is. This is an incredibly beautiful lake in Siberia, it is fresh, clean and rich in its flora and fauna. And there is only one way to get to know Baikal even better – to dive in Baikal! 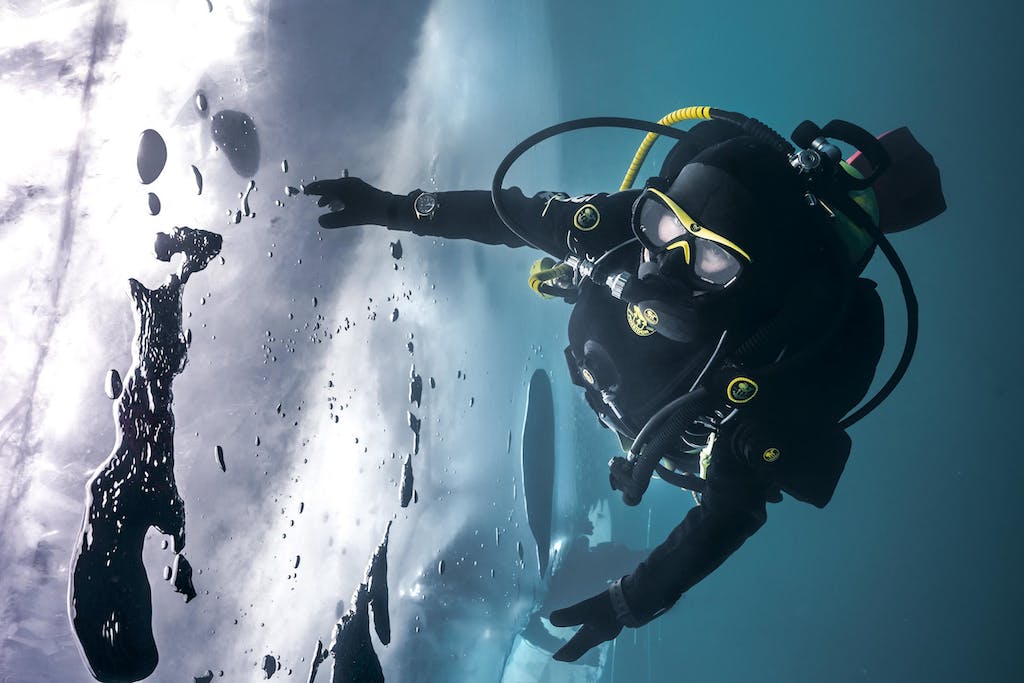 You can dive on Lake Baikal all year round, in summer – from boats, in winter – from ice. Winter dives on the lake begin as soon as the ice becomes thick, and it will be possible to move around it by car.

To dive on Baikal in Summer – is to see the golden sandy bottom and fantastic abysses of the Baikal Rift. You can wish good morning more than 53 kinds of freshwater fish, and if you’re lucky, then say “Hello!” to the most famous inhabitant of the lake – the Baikal seal.

By the way, legends say that it is in Baikal that Kolchak’s lost gold is located. Kolchak was the commander of the White Army during the civil war in Russia at the beginning of the 20th century. He was also a well-known oceanographer and the keeper of part of the Gold Reserve. Who knows, maybe it is you who are destined to find Kolchak’s gold at the bottom of Lake Baikal… 🙂 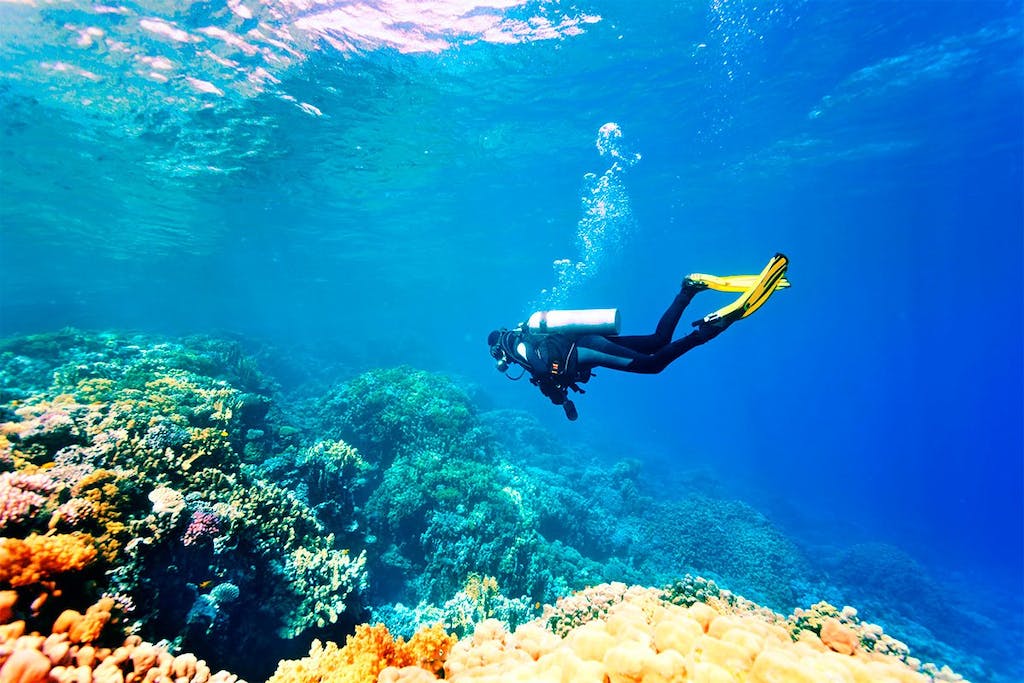 Diving on Lake Baikal is not like diving in other places in the world. The water here is so clear that you stop feeling it. It seems like you are not a diver, but a bird that hovers over a fabulous landscape!

The bottom of Lake Baikal consists of sponges resembling fantastic trees in their shapes. This is such an unusual sensation!

Baikal In Winter Is Even More Interesting 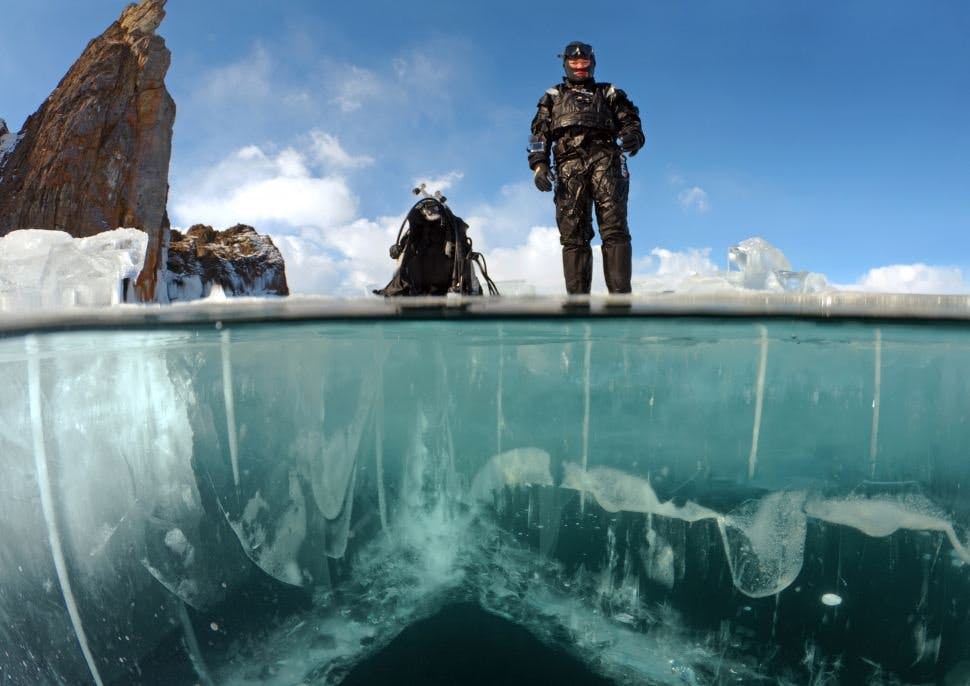 Ice diving on Lake Baikal is an entertainment for the most daring divers. Of course, the first dive in your life should be done in the summer.

But if you already have diving experience (and a diver certificate), then just imagine this picture! The tunnels of shining ice, transparent ice caves, a fantastic sparkle of ice in crystal clear water – what can be more overwhelming?!

Particular sensations are given by temperature contrast. Above the ice is a real Siberian winter, -40 °C, and under the ice life boils. Seals prey on fish, fish prey on other fish, and you shoot all this an underwater camera. 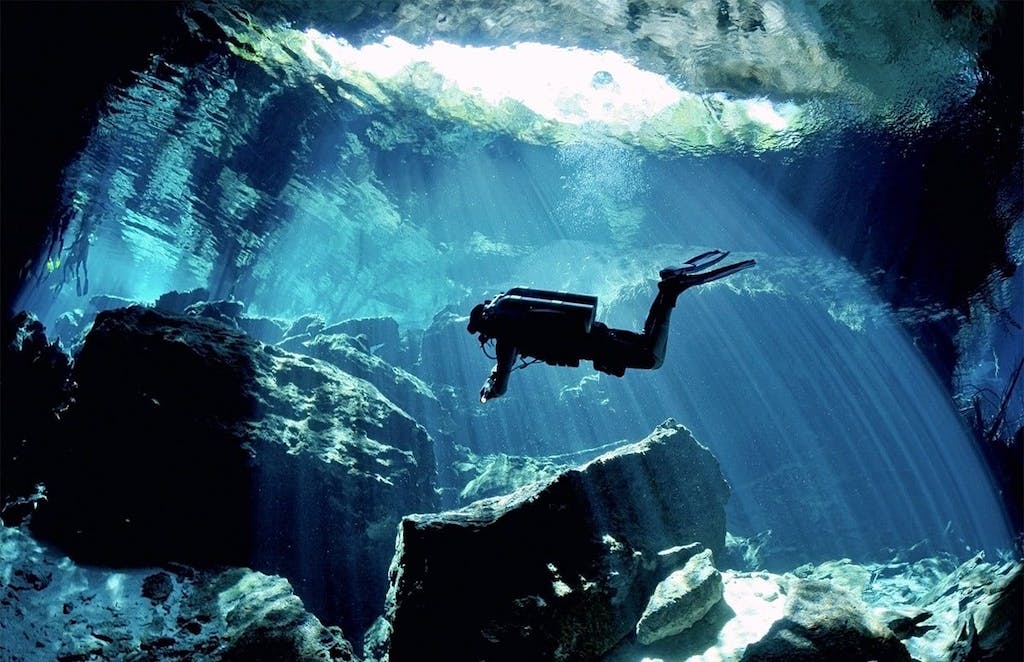 There are dozens of diving sites on Lake Baikal. They are located near the shore, as a rule, the distance to them is 300 meters. The most beautiful places are located along the shore of the Circum-Baikal Railway and along the eastern shore of Olkhon island. There are deep and straight canyons up to 60-70 m deep and wide from 2 to 15-20 m.

The most spectacular and narrow canyon with a depth of 90-100 m and a width of 2 m is located on the eastern side of Olkhon island, south of Cape Izhimey. Another impressive canyon is opposite the Ledyanaya (‘Icy’) River. There is ice in the water even in summer!

A very beautiful bottom is in shallow water near the Ushkany Islands. They are located in the middle of Lake Baikal, 7 km west of the Svyatoy Nos (eastern shore of Lake Baikal, the territory of the Transbaikal National Park). These four islands are towering above the water surface of the top of the Academic Range. Here, at the bottom lies a bubbly basaltic rock – this is an underwater field of frozen lava, which in ancient times poured out of volcanoes.

How Much Does It Cost? 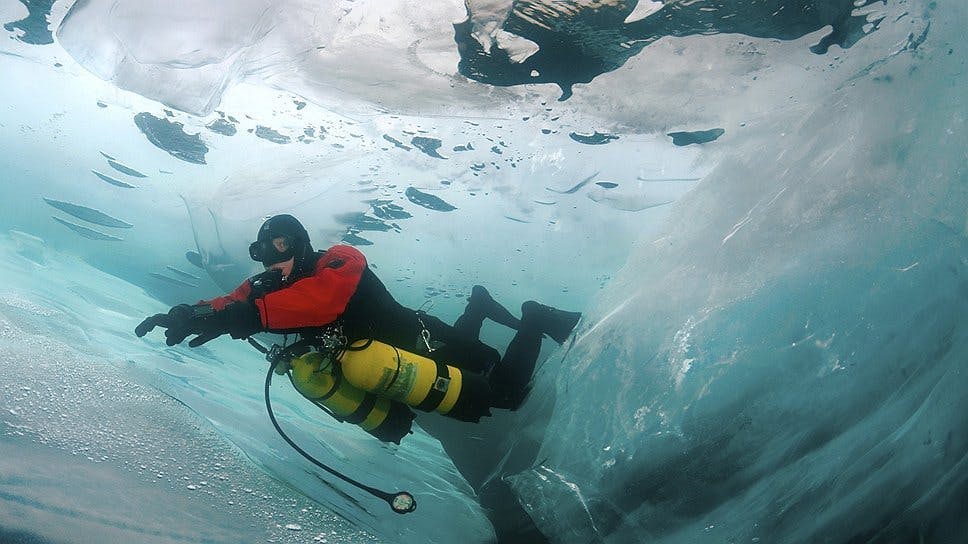 Diving on Lake Baikal will cost you much less than in most popular diving sites in the world. For example, renting a complete set of equipment costs only about $30, and a dive with an instructor, renting and refueling tanks costs only about $100. Winter dives are usually somewhat more expensive than summer ones.

If this is your first dive, then you can take a training course right on the spot – it will cost you $200-300. For experienced divers, there are also courses (for example, winter diving), their price is from $300.

Finding an instructor, renting scuba gear and other equipment on Lake Baikal is very simple – there are many companies serving divers. 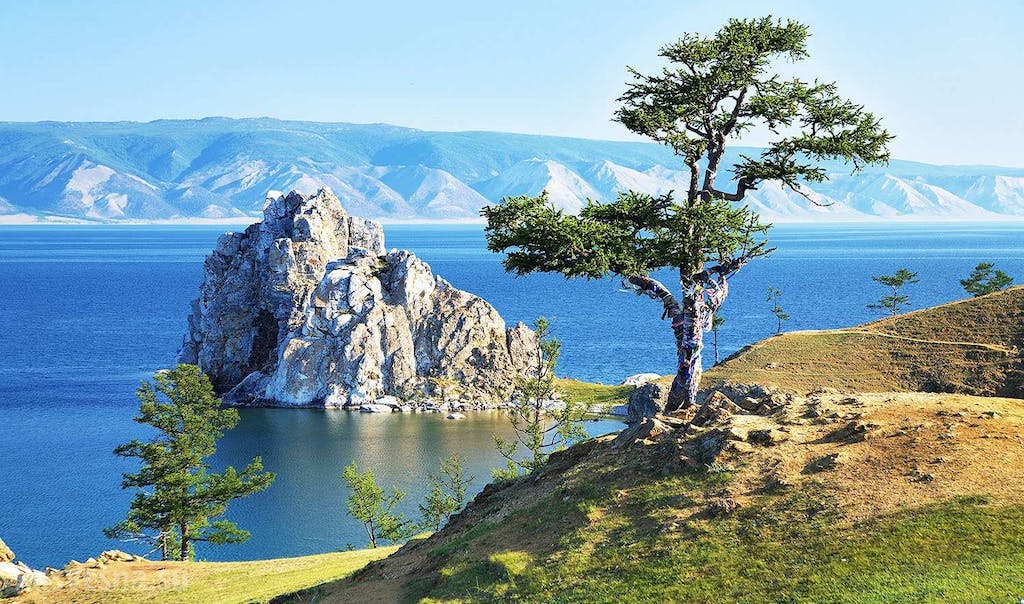 You can choose any of them, and we will help you with options. The most famous of them:

– “The New Baikal Dimension” – professional instructors work here, there is a shop and equipment rental.

– “Baikal Tech” (baikaldiving.ru)  – also a local company with its own small fleet of ships. These guys can conduct underwater excursions even with visits to the caves! They also have instructors, a rental and an underwater equipment store.

– “Baikalika”, (yes, Baikalika, not Balalaika) is a tour operator with whom you can not only immerse yourself in Lake Baikal but also get tours to the surroundings and other attractions, as well as find hosting. 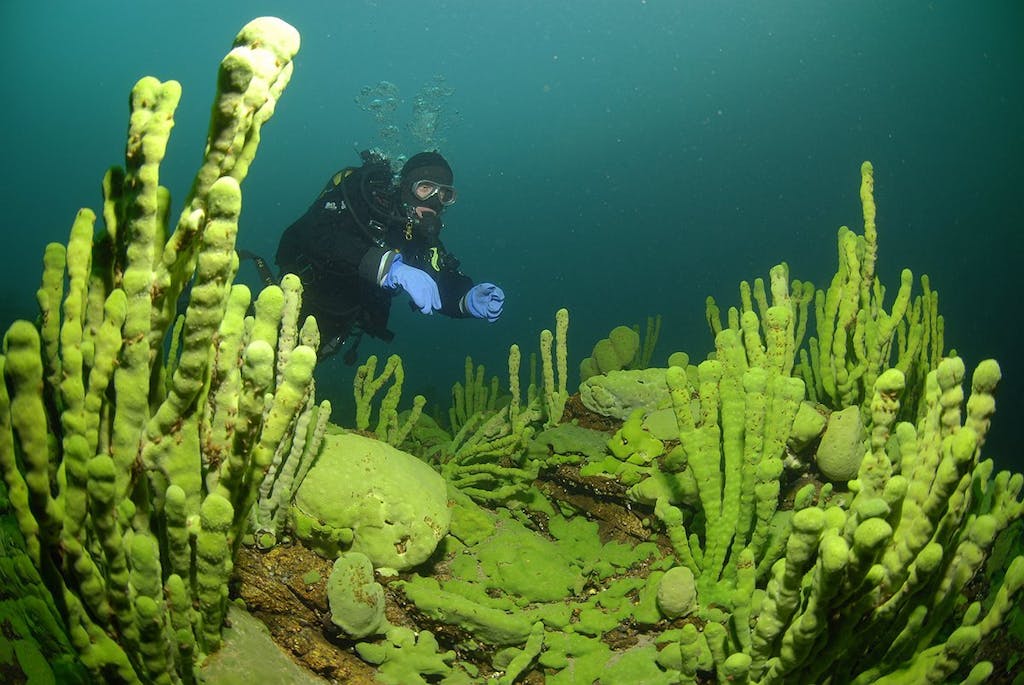 Choose any and immerse yourself into the beauty of Lake Baikal!  Or at least you should go for a walk on the ice when the lake gets frozen over during our Baikal Adventure tour.

For more interesting posts about Irkutsk and Baikal, visit our blog!