Decembrists and their wives: Who and why? 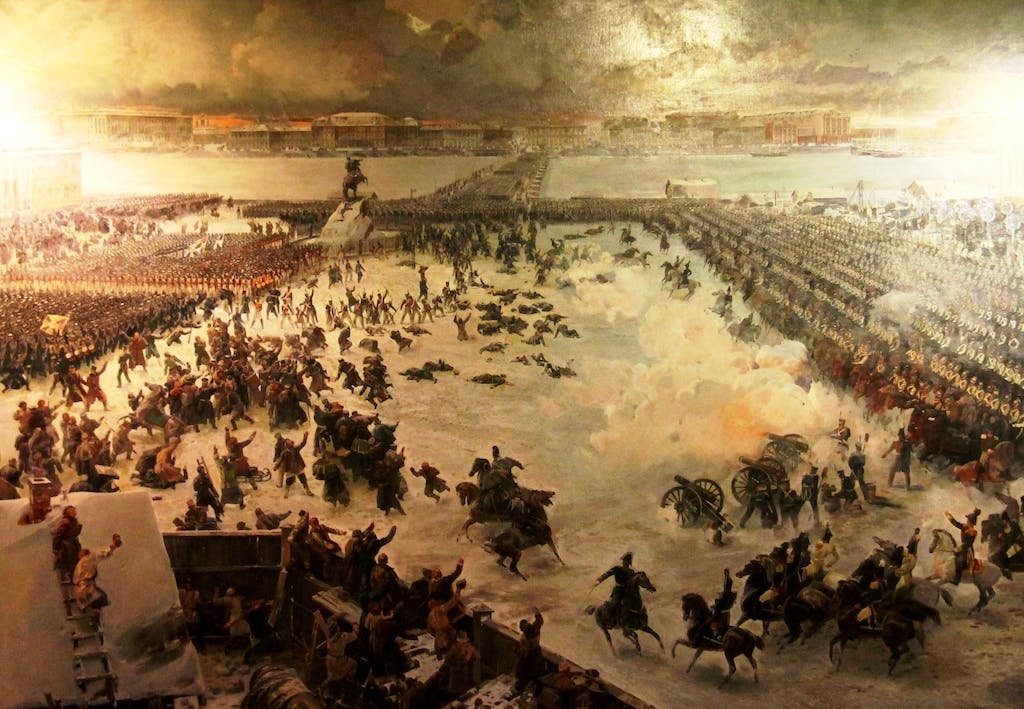 The emperor of Russia Alexander I was dead.

Before people could shout out “the king is dead, long live the king”, on the 14th  of December (26th on new calendar) 1825 coup d’etat took place in the Senate Square in St. Petersburg. It was the time of interregnum between the death of Alexander I and the accession of Nicolas I. The perfect opportunity to be seized by the participants of the revolt.

What forced them to organize that uprising?

During the Great Patriotic War of 1812 against Napoleon, the participants of those events who came from the aristocratic class, could watch western society and compare it with the Russian one. No doubt, Russian officers were shocked to experience the life of nations free from serfdom, while occupying Western Europe. They realized that monarchical power was limited there. Napoleon was vanquished.  On return to Russia, the military officers decided to found some secret societies to fight against serfdom. They were full of liberal ideas.

Since the mid-1820 the Northern society and the Southern one had been preparing for the uprising when Alexander I suddenly died. Although the revolt was poorly organized, they decided not to waste time.

On the 14th of December 1825 over 3000 rebels showed up on the Senate Square. They were totally broken. 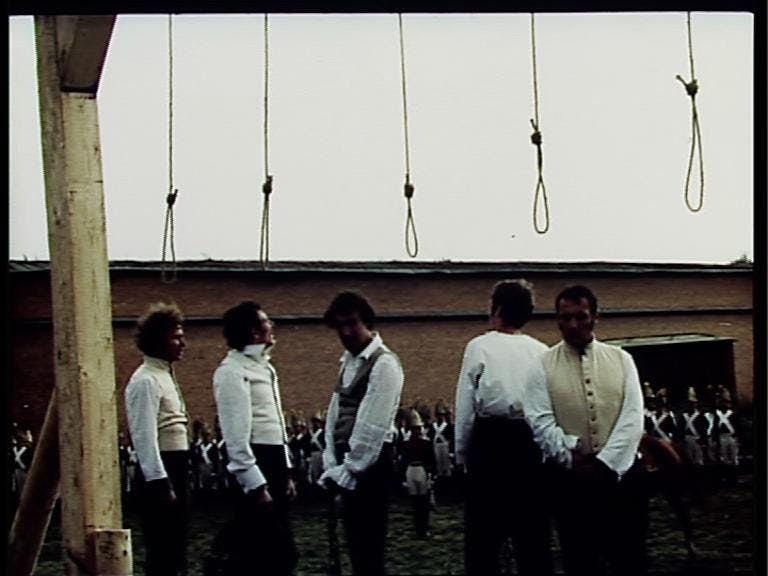 5 leaders of the uprising were sentenced to death by hanging.

Serfdom was officially abolished just in 1861.

121 participants of those events called from now on Decembrists or Dekabrists (guess why) were sent to Siberia to hard labor and permanent settlement. More than 30 years they would spend in that severe land.

Who supported them through all that long time of exile? 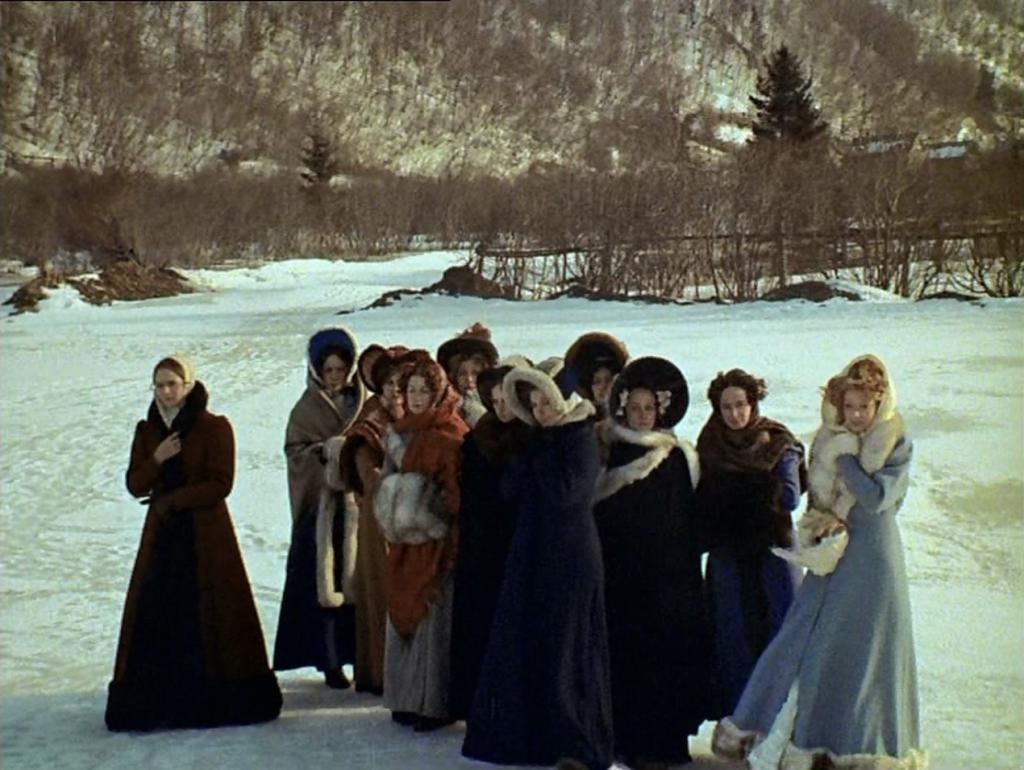 Wives and fiancées of some revolutionaries followed their husbands to far off Siberia. They had to cover thousands of kilometres by sleds and carriages. Those women had no idea what was waiting for them there, and in what conditions they would have to live. All they wanted was to share the lot of their beloved.

They were allowed to join their husbands in Siberia on some conditions:

Despite all these conditions, the women joined their husbands, and they managed to organize their social life and give birth to children.

How many of them survived and returned back home after the amnesty of 1856?

In 1856, Alexander II ascended the throne and declared the amnesty. By that time 56 Decembrists of the exiled 121 were alive. They were allowed to get back home, although it was banned for them to live in Moscow and St. Petersburg.

How did they affect the development of Siberia?

Finding themselves in penal servitude, the Decembrists outlined the program requirements in the struggle to raise the culture and enlightenment of Siberia:

1) creation of a wide network of elementary schools through voluntary donations from the local population;

2) formal provision of exiles with the right to educate children;

3) increase the number of secondary schools;

4) provision of state support in higher educational institutions of the capital for graduates of Siberian gymnasiums;

5) creation of a special class at the Irkutsk gymnasium to prepare people for service in Siberia;

The energetic activity of the Decembrists in educating the young generation of Siberians is closely related to the implementation of this program. For example, M.I. Muravyov-Apostol began to teach children in the yurt where he lived. I.D. Yakushkin took up the study of various branches of knowledge necessary for a future teacher. Later, he compiled textbooks on geography and Russian history. On the initiative of the Decembrists and with the support of the local community, schools for boys and girls were established.

Contributing to raising the cultural level of the local people, the Decembrists hoped to educate a new generation of Russian youth, capable to struggle against the autocratic and serfdom system in the future.

Are there any sites dedicated to the Decembrists in Irkutsk? 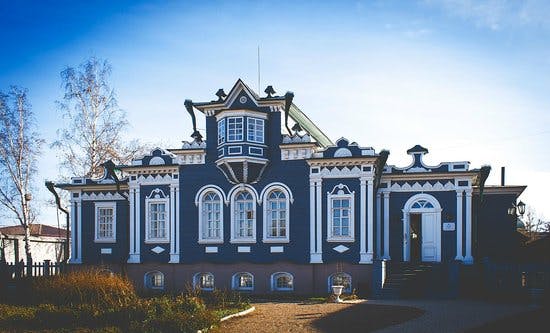 There is The Irkutsk Regional Historic Memorial Decembrists’ Museum in the city.

It consists of two memorial manors, located on the neighboring streets in the historical center of Irkutsk: Trubetskoy Manor (Dzerzhinskogo st. 64) and Volkonsky Manor (Volkonsky lane 10). 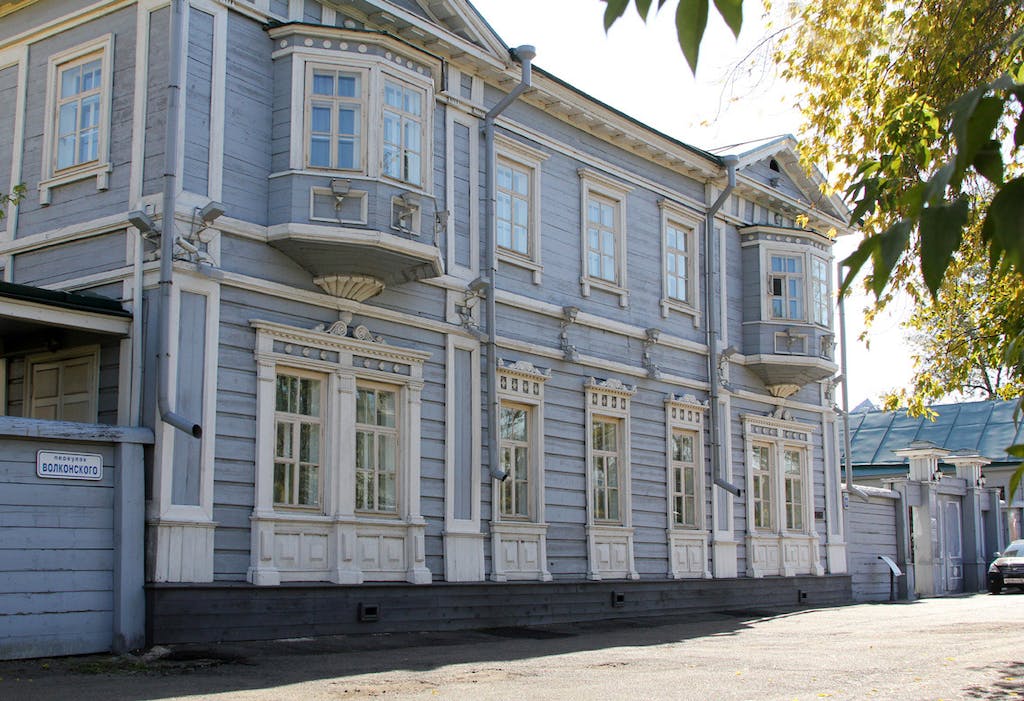 The regular exposition tells about the life of the Decembrist in Siberia. The museum is proud of its musical instruments, belonged to the Volkonsky family: the pyramidal piano (end of 19th century), the grand piano made in 1831 and the music box, made in Switzerland in the middle of 19th century. Maria Volkonskaya was fond of music very deeply. The instruments were restored and the guests of the house can enjoy the original music, produced by them, during the literature-musical parties arranged by the museum.

Just for the record.

If you are interested in this period of Russian history when the Decembrist revolution happened, and you’d like to experience the life of the Decembrists in exile and to realize what it was like, you should really visit this museum when in Irkutsk. Or you are welcome on our Irkutsk city tour, where our local guides can tell you more about this historical period. Don’t miss a chance to visit a small park near Volkonsky Manor where you’ll see the Monument to the wives of the Decembrists. The sculpture depicts Maria Volkonskaya. When she got back home from exile after the amnesty, Maria wrote memories about life in Siberia. Her “Notes” served as the starting material for the poem by N. A. Nekrasov, “Russian Women.” 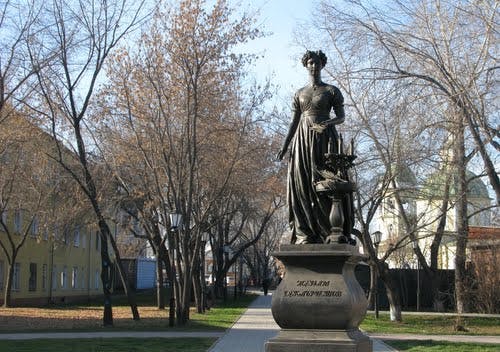