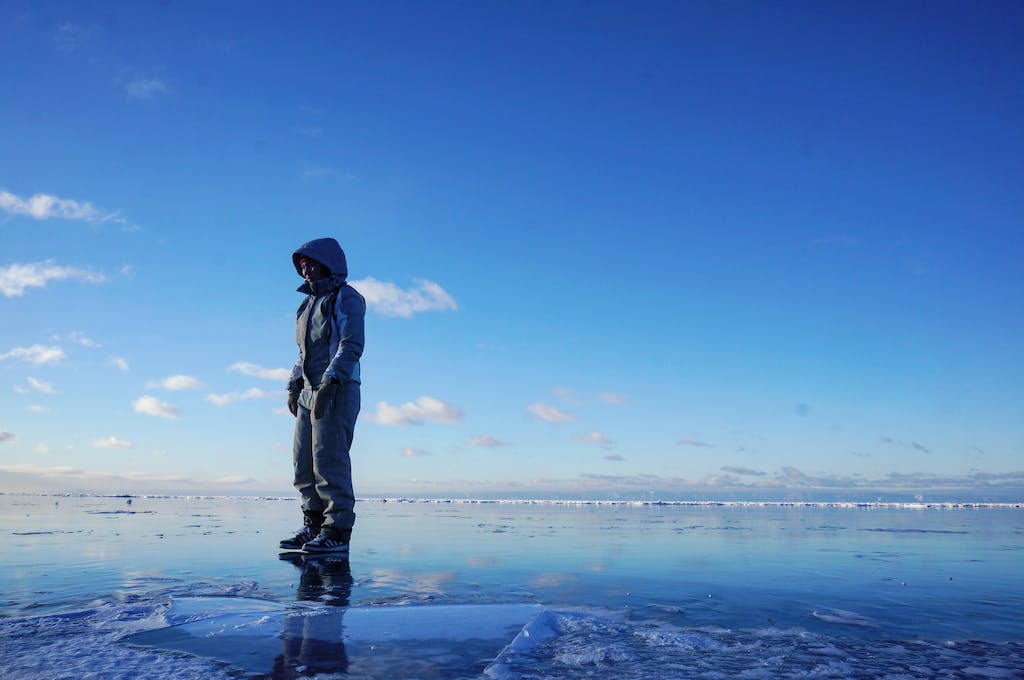 One of the most common jokes among locals about seasons on the lake is: the difference in what you take with you while packing for a short or long trip to the lake is not really big any season. Take a swimming suit in summer just in case. It perfectly illustrates how special, wild, unpredictable, always changeable but still beautiful can be the weather in Siberia. But Russia and even Siberia are quite big so it is difficult to tell. Let’s explore the local climate of Irkutsk region to be prepared to travel to Baikal lake.

The regional climate varies from continental in the south to continental-subarctic in the northern part. Such type of climate features great seasonal changes from-40°C (-31 °F) to +35 °C (95 °F). Is isn’t it a huge difference?

The frost-free period is only 90-100 days. Winters are very cold and long as you see, with average low temperatures of −25 °C (−13 °F) in January. Winter climatically divides the area into 2 parts: the North-West with dominated frequent storms, high winds, and snowfalls and the South-East associated with clear, calm, cold weather. 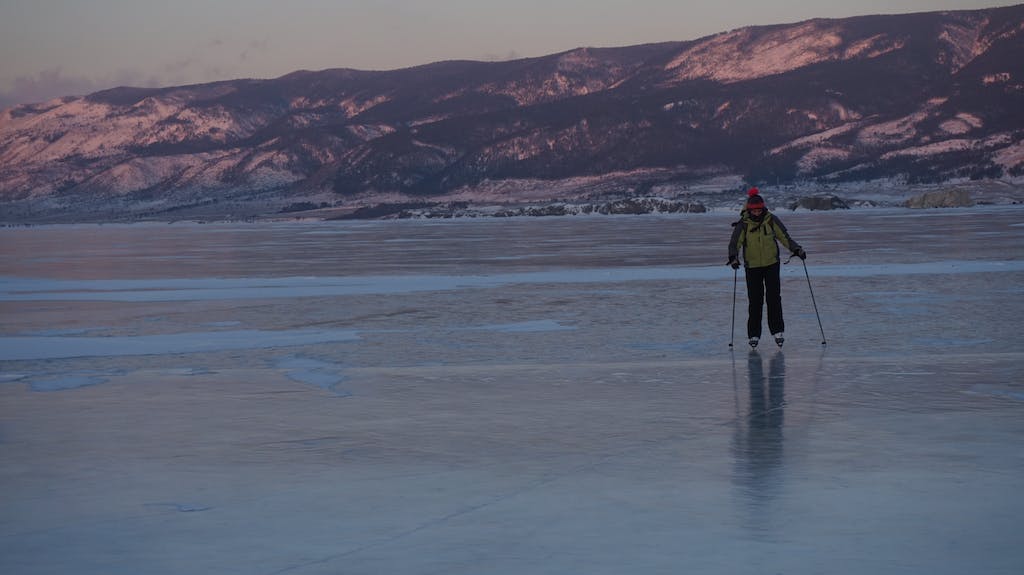 Actually, Siberian winter is very beautiful when snow covers the land, the sky is deep blue, and the air is dry. Comparing to Russia, in general, we are lucky to say that we have got a lot of sunny days and it makes a long winter a bit easier to survive. You can hardly feel global warming in Siberia, but the scientists believe the average temperature is slightly growing.

Lake Baikal acts as a cold source in summers and a warm source in winters before it freezes over. The amount of precipitation is not great. July is the wettest month; January is the driest one. But it depends upon the year. Because large bodies of water retain heat longer than land, the climate around Lake Baikal is much milder than in the rest of southern Siberia.

What are the official seasons at the lake?

There are two options for you to choose from. And we do like both: Summer and Winter. It is a real miracle. Most of the travelers visit the lake during the summer. We count it as a calendar summer starting from June to September. 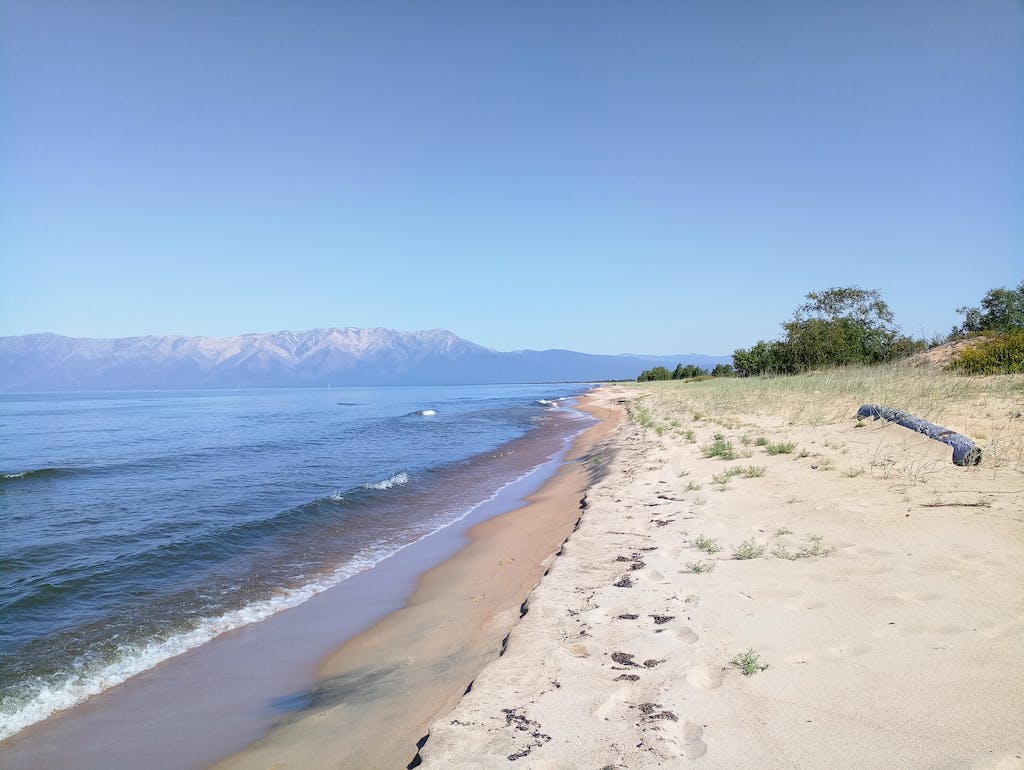 It is also the busiest season because it is warm and there is a little rain. The “hot spots” of Baikal (Maloe more on Olkhon island, Chivyrkuiskiy bay near Ust-Barguzin) are overcrowded with tourists. The bays accessible by car are transformed into the real tent towns. So, don’t hesitate to walk several kilometers out of the busy place and road and you will find the deserted beach or hidden glade. If you are coming not for camping be sure to book it in advance. 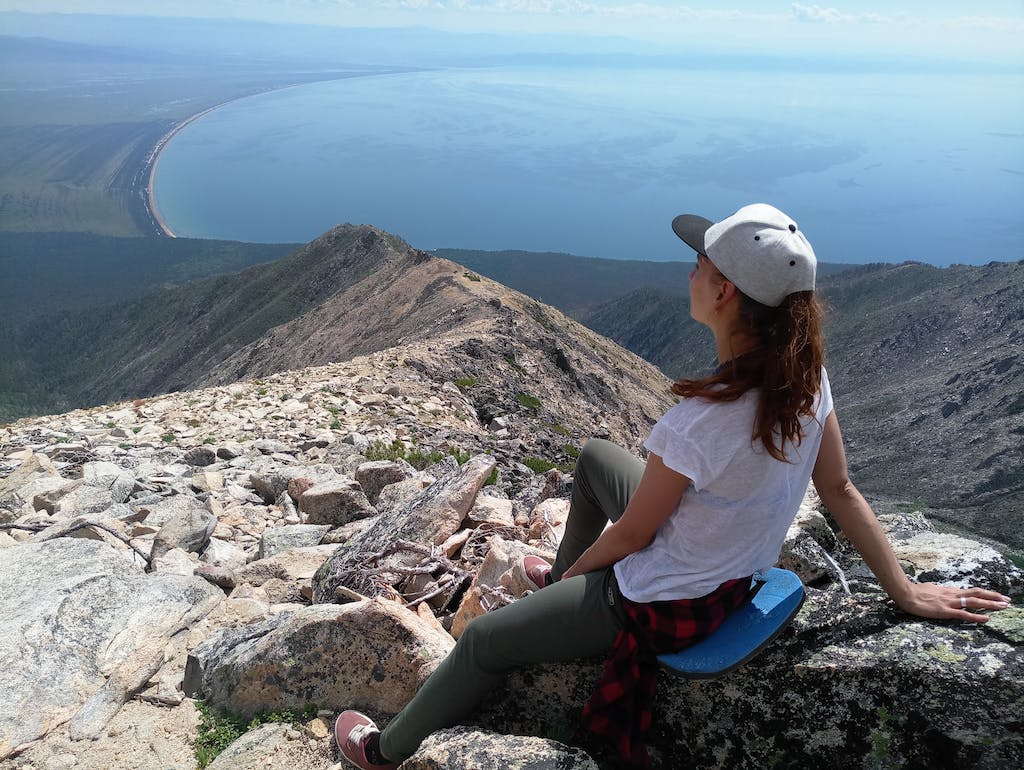 The End of August is usually rainy. September seems to be warm enough to travel to the lake, however, the water of the lake will be already too cold to swim. Trips during October and November are less popular due to unpredictable weather conditions. In such a case, do not bypass the nearest to the lake big city – Irkutsk. It can surprise you with very specific cuisine and fascinating history. Our Bites and sites tour was designed especially for those travelers, who have very limited time in the city.

The number of tourists who wish to check what Siberian winter is and how transparent ice of the lake looks like is increasing each year. From November to January Baikal is getting colder and freezes completely at the end of January. That is when the winter season starts. At the end of January till April it’s high time to walk on it and even drive across or go ice-trekking or ice-skating till the mid-March.

Most of the activities can be done at the lake. You can go in for hiking, biking, camping, mountain climbing, fishing, ice-skating, etc. Meanwhile, the context of the wild and untouched Baikal nature turns these activities to be something really fresh. Very popular among the locals’ winter activities such as skiing, dog-sledding, ice-fishing, ice-diving, the Siberian banya.

April and the beginning of May is a not desirable time to go to the lake as it starts to melt and roads around the lake might be blocked with tons of dirt. The end of May and the beginning of June is a perfect time if you want to feel like an explorer. The lake is deserted, most of the tourists are still afraid of the cool days and you can be the only traveler for some kilometers.

No matter what season you are coming it is always better to explore the region with a local guide on our Lake Baikal adventure tour, who can suggest to you what clothes to take. Be prepared and enjoy your trip!